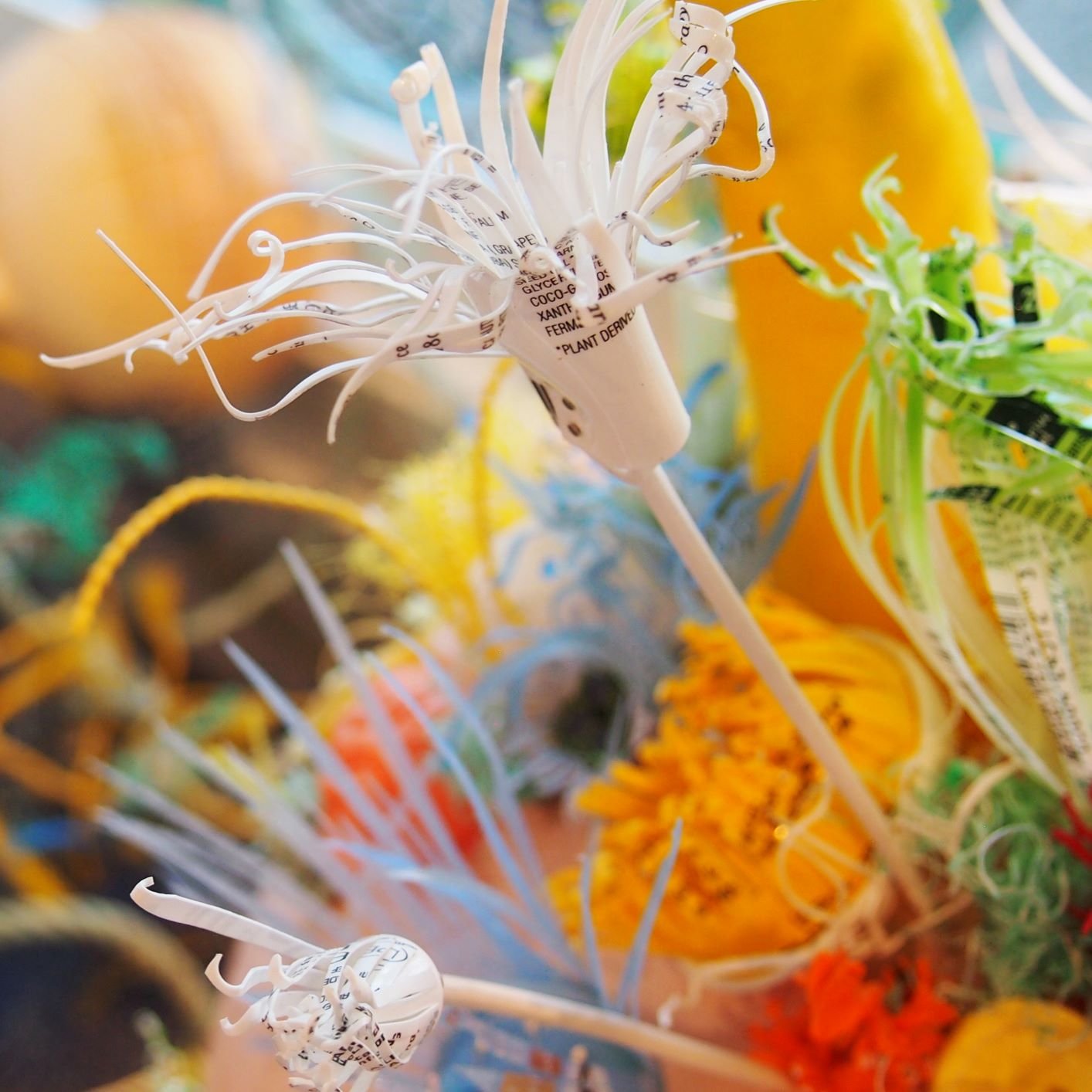 the transformational work of bridget catchpole 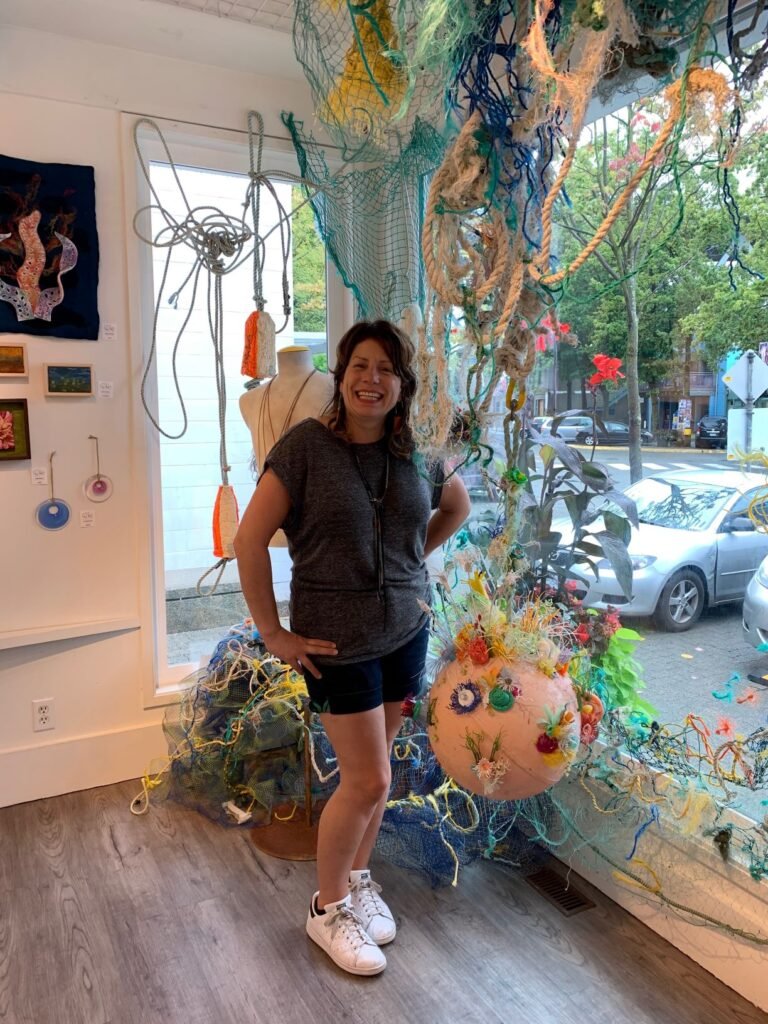 Bridget Catchpole works out of her studio, affectionately referred to as East Van Bower, at 1000 Parker Street Studios in Vancouver, BC. She collects synthetic debris washed ashore along the Pacific Northwest Coast as material for her one-of-a-kind jewellery and sculptures. Her work has exhibited in Canada, United States, Republic of Korea, and Europe. Bridget is a recipient of Canada Council for the Arts (2011, 2003) and British Columbia Arts Council (2007, 2005) grants. She is a graduate of a BFA in Studio Art (1998) at Concordia University, Montreal, and of a Jewellery Art and Design Diploma (1992) at Vancouver Community College, Vancouver. She is represented by Galerie Noel Guyomarc’h in Montreal.

There is a special agility in the process of Contemporary Art Jeweller Bridget Catchpole. She flows between, and knits together, the diverse practices of material exploration, environmental activism, and personal transformation. Any one of these alone could produce successful artworks; in combination, they result in deeply meaningful pieces that can be appreciated in aesthetic, personal and socio-environmental contexts. 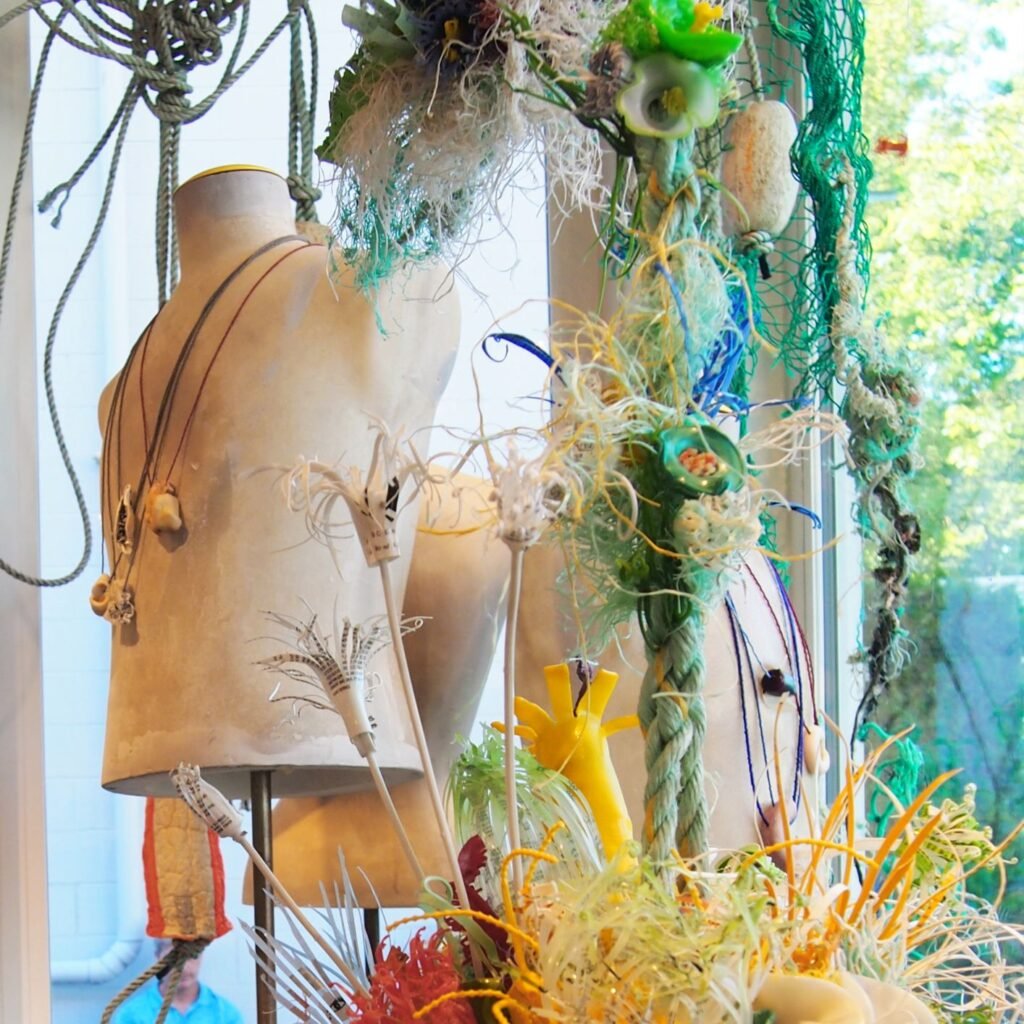 Perpetually challenging traditional assumptions about what constitute “precious” materials, Catchpole features refuse, mainly in the form of post-consumer plastics, as her primary medium. Her constantly evolving array of modifications and treatments results in one-of-a-kind pieces that are delightfully unexpected. While they successfully raise awareness about the shadow side of a disposable culture, her works remain playful, hopeful, and suggestive of growth and life.

Catchpole’s intuitive approach seems to anthropomorphize her materials. Marine plastics and ropes, tumbled in the surf and bleached by the sun, read as wizened and worn, more compelling for their advanced age and experience. Once mass-produced and uniform, they now display their unique, weather-beaten characters.

Catchpole’s work can be beautifully paradoxical. Her Plastic Diversions series critiques the beauty industry and our obsession with appearance, while itself being a collection of worn ornamental objects. Her Tidepool broaches, with their concealed ornamental castings of beach fragments, probe the overlap between a “Hidden Gem” and a skeleton in the closet. These contrasts succeed because she bestows tender attention on each work, allowing each to choose its own message, rather than imposing hers. Furthermore, the humor of many of her titles hedges against the despondency that can arise when considering environmental or personal devastation. 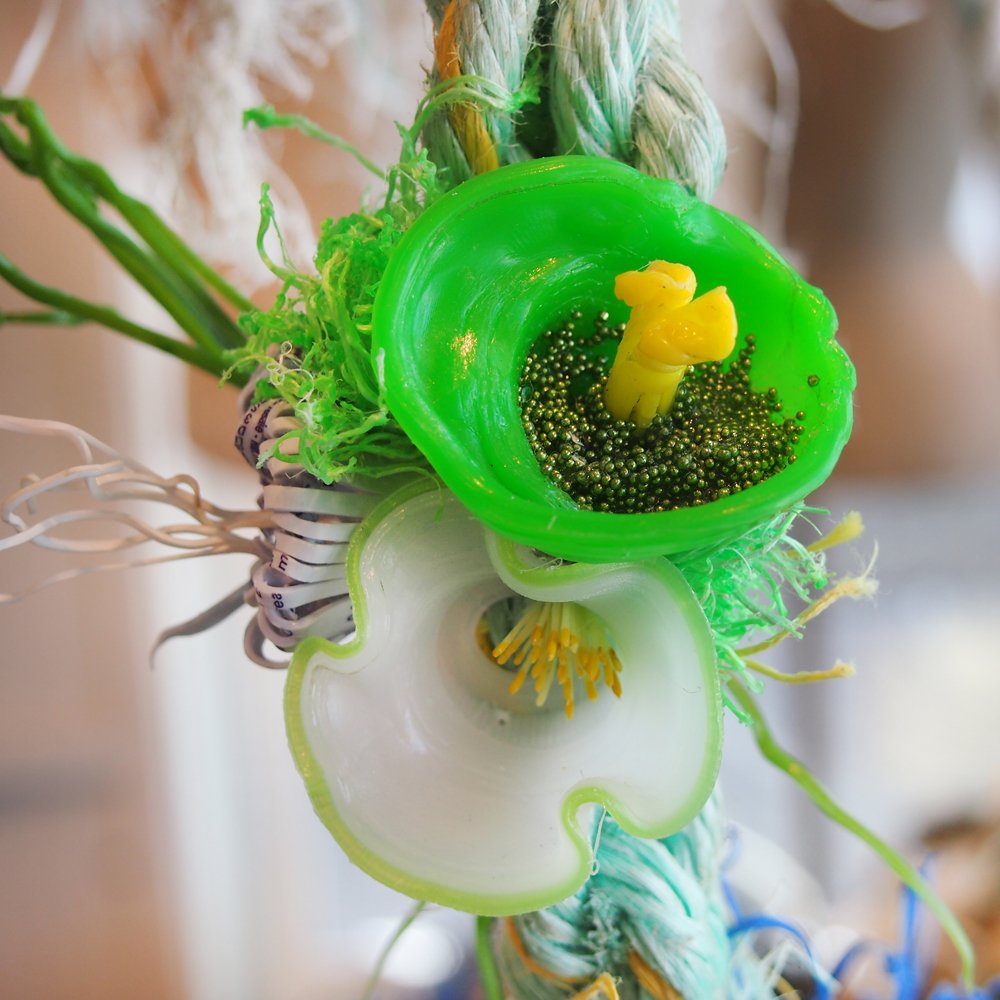 Like many artists, Catchpole’s art-making involves a transformative process of mining, exposing and finally integrating her own troubled memories and feelings. Her tangled works can be seen as a celebration of human complexity; her elevation of the cast-off can be seen as a celebration of our flaws. To wear a Catchpole piece, created with a figurative open hand, is to wear an emblem of compassionate benevolence; for oneself, for humanity, and for the environment.