beneath the Salish Sea

This is a crucial time for many of the marine animals that live beneath the Salish Sea; an inland sea that encompasses the waters surrounding the Gulf Islands and the San Juan Islands. This display highlights a selection of the 113 marine species that have been listed as being endangered or of concern. The intention of this display is to provoke concern and thought of protecting this habitat from pollution, over-ﬁshing, and other threats. This will ensure the necessary recovery of these endangered marine mammals, ﬁsh and even people who depend on these waters. 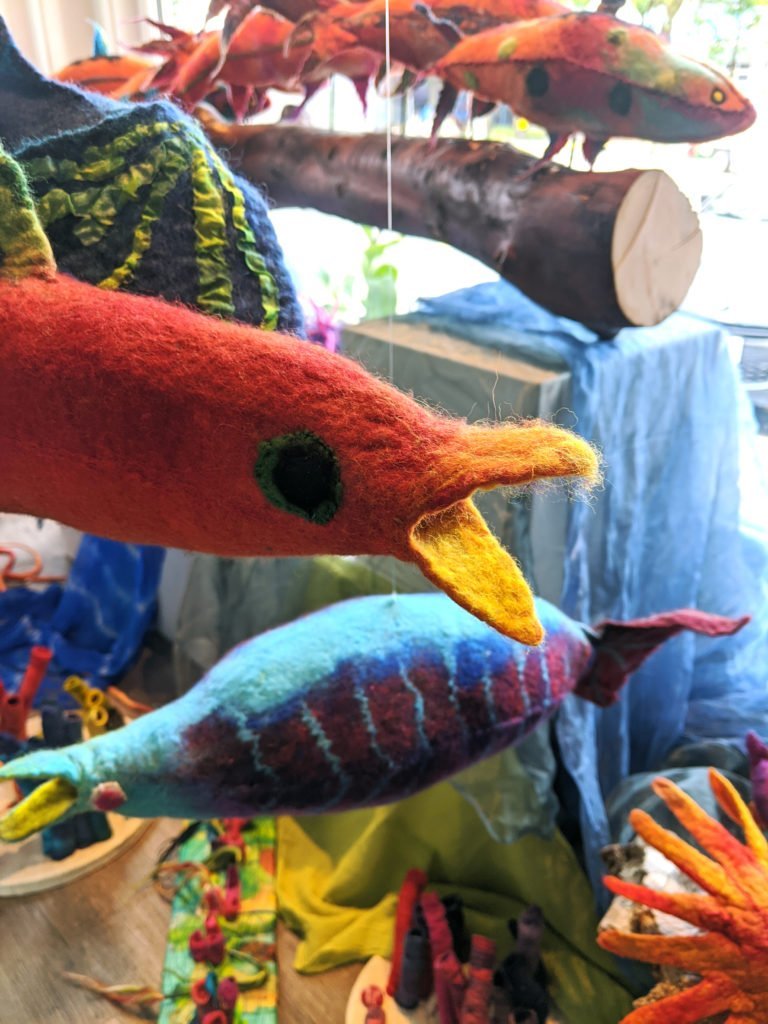 There are only 75 southern resident orcas left in the world, and the Salish Sea is their home. Their salmon food supply is in decline and their waters are noisy and polluted. With one of the causes being an increase in the number of vessels, the population has declined greatly. Strong measures are being taken: to enhance the Chinook salmon abundance and to protect the waters of the Salish Sea by creating no-boating and no-ﬁshing zones. Will this be enough?

This is a crucial time for the wild salmon, Chinook and Coho, that depend on the Fraser and Columbia Rivers which drain into the Salish Sea. The last two years have seen the smallest number on records of the Chinook and Sockeye Salmon returning to their spawning grounds on the Fraser River. A number of ﬁshery closures and the creation of ﬁsh ladders, are measures that are currently underway in an attempt to bring about recovery of the species. The Orca Whales within the Salish Sea feed almost exclusively on the Chinook salmon.

Saving rockﬁsh from extinction will require protecting some of the most important places they live. The waters of the Salish Sea provide near-shore habitat for young rockﬁsh and deep-water habitat for yellow eyes, canary, and Boccaccio rockﬁsh. This habitat includes kelp forests for rearing juveniles and adjacent deeper waters used by adults for shelter, foraging and reproduction. The Centre for Biological Diversity in Seattle has ﬁled a notice to sue over the overdue critical habitat designation last year. These habitat protections will not only give rockﬁsh a chance at survival, but will help all of the animal populations in these waters to grow again.

Urchins are signiﬁcant prey for sea otters and kelp is a main food source for urchins. Removing one link of this food chain has caused an ecological shift scientists are now trying to reverse. In the 1800’s, British Columbia’s fur trade was booming. By 1929, otters were extirpated from the BC coast. In the absence of a voracious predator — sea otters — the population of urchins exploded. These urchins grazed, leaving large expanses devoid of kelp. Scientists coined the term urchin barren to reﬂect an underwater landscape that has had most, or all of its kelp removed by urchins. With dwindling kelp forests comes the loss of critical habitat for many species including herring, salmon, rockﬁsh, and abalone. The latter two also considered threatened and endangered. While healthy kelp forests thrive with biological life, they also play a role in geological processes; kelp forests protect shorelines from erosion. 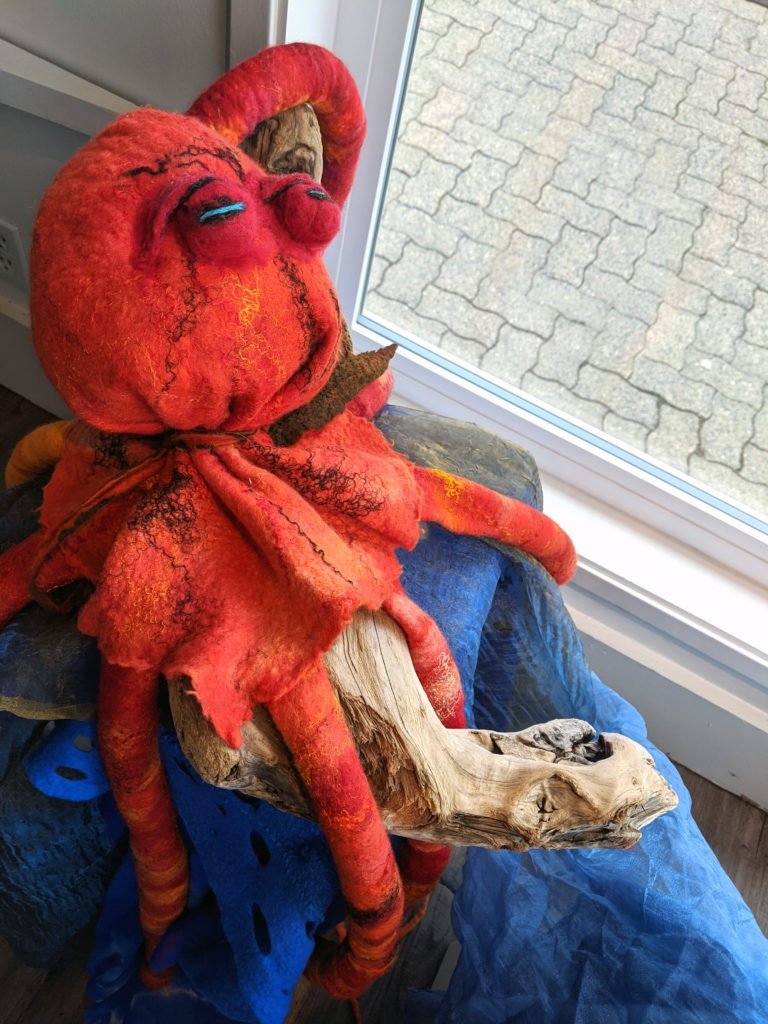 The largest octopus on the planet, the giant Paciﬁc octopus, with its three hearts and blue blood, lives on the bottom of the ocean bed. With tentacles that can span 8 metres across, it can move fast (approx. 40 km/h), but most of the time it crawls slowly along the ocean-bed with its long tentacles suckering crabs and scallops to eat. Giant Paciﬁc Octopuses are not considered at risk or endangered. Although this species is ﬁshed commercially in some areas, it does not appear to be greatly affecting population size.

A mysterious disease was swept through an entire species of sea creatures, causing their bodies to dissolve and turn into gooey blobs before disintegrating, limbs falling off. This was the grim reality that impacted 20 sea star species on the West Coast throughout 2013 to 2014, decimating the population. According to studies done by the Hakai Institute at the University of British Columbia (UBC), ochre sea star populations, at many sites in the Salish Sea, fell by 75% as a result of sea star wasting. The Hakai Institute also found a 96% decline in sunﬂower sea stars around the central B.C. coast. Sunﬂower stars are an important predator of sea urchins. In some locations where sunﬂower stars have disappeared along the U.S. west coast, urchin populations have exploded, causing kelp to diminish. As for the cause of the sea star wasting outbreak, there are theories, but no conclusive answers. Scientists are also still trying to ﬁgure out why some species were more impacted than others.There has been strong evidence pointing to the rising ocean temperature as a factor.

Nudibranchs, or sea-slugs, live throughout the world’s oceans and are present in many marine habitats. Overall, habitat degradation, pollution, and overfishing represent the biggest threats to nudibranchs around the world. Nudibranchs are some of the ocean’s most stunning and colourful invertebrates, and they actively overpower and eat dangerous prey such as anemones, corals, or sometimes even other nudibranchs. The number of threatened nudibranchs species is unknown as their global assessment still remains to be conducted. However observation over the years indicate that many species are becoming harder to find due to water pollution, degradation of suitable habitats, and biodiversity decline.