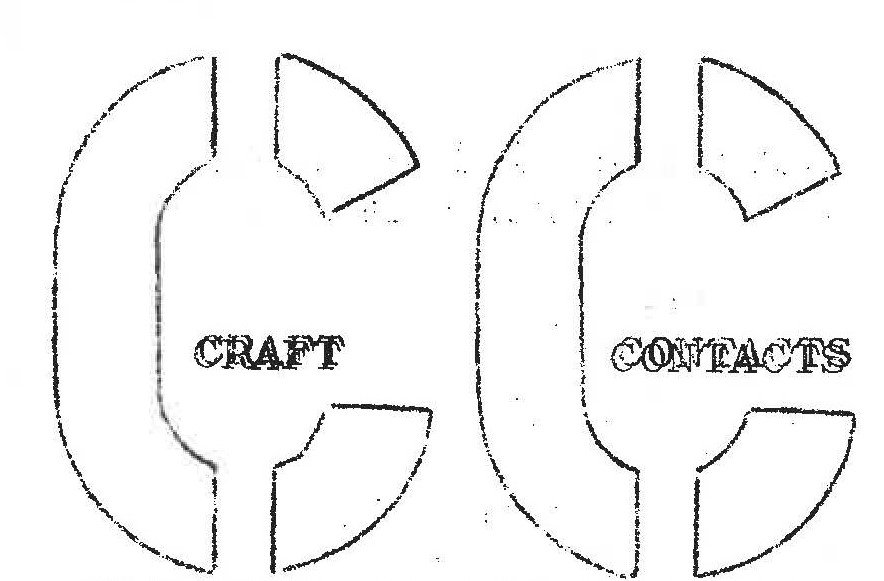 back to "in craft"

Summer student and archivist Sarah Gibbon takes another trip into CCBC the archive, this time all the way back to the summer of 72′ for a very special edition of the CCBC’s newsletter, Craft Contacts.

The 1972 July/August issue of Craft Contacts held exciting news for readers. For the first time in the publication’s history, the front page read, “published by the British Columbia Craft Association”. What was once a small group of craftspeople and enthusiasts was now an official organization under the Societies Act of BC. This was a monumental moment, as it was one of the association’s first big steps into becoming what would one day be CCBC.

The newsletter introduced readers to the association’s interim executive team. Jean Marie Weakland served as president, with Linda Powell as vice-president. Mary Bowerman was their secretary, Midge Behnke their treasurer, and Dierdre Spencer the editor of Craft Contacts.

According to Weakland, the association’s goal was “primarily to help professionals in the crafts” but noted that they would be able “to provide information and assistance to amateur groups” as well. This objective has remained relatively unchanged to this day. The CCBC still strives to support craftspeople across the province at any stage in their careers.

The association also prioritized lobbying. Weakland explained that the craft association was formed “as a response to a growing need for an organized body to lobby with municipal, provincial, and federal governments for recognition of the crafts as an essential element of Canadian cultural life”. She noted that craftspeople tended to be overlooked for cultural grants, and that the craft association would serve as a unified voice demanding equitable treatment for the craft sector. The CCBC still engages in this work, lobbying at the provincial and federal levels to achieve proper funding and to make the needs of craftspeople known.

At this point in history, government agencies were becoming increasingly interested in the craft sector. Surveys, like The Canadian Crafts Survey and Membership Plebiscite sent out by Statistics Canada, took count of the number of craftspeople working across the country. The craft association took this interest as an indication of their organization’s necessity. It declared that it would provide “a directory of craftsmen” in order to clearly spell out the number and types of craftspeople working across the province.

This edition of the newsletter also revealed the different types of memberships on offer.  A regular membership was five dollars, but there was the option of being a contributing or sponsoring member. These members paid a contribution to the craft association in addition to their membership fee. There were also membership discounts for large groups and students. Readers could fill out the enclosed membership form and mail it to 315 West Cordova Street in Vancouver. They were also encouraged to indicate their type of craft. The categories included ceramics, textile crafts, wood crafts, metal, and “other”. This last group consisted of enamel, lapidary, leather, and plastics. 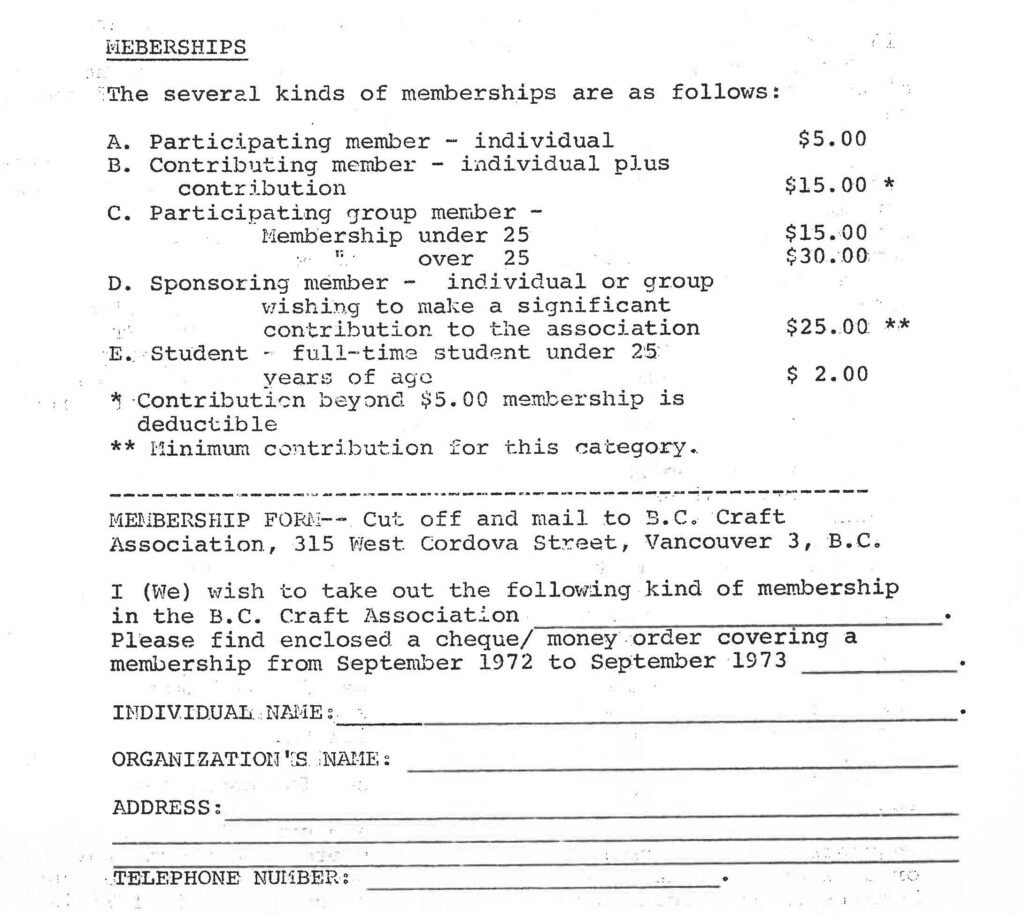 Looking back at this newsletter from 1972 shows us how much, yet also how little we’ve changed. Though we’re now a much larger organization with hundreds of members, our vision remains the same. The CCBC has always aimed to give a voice for craftspeople, and we plan to continue this work for years to come.