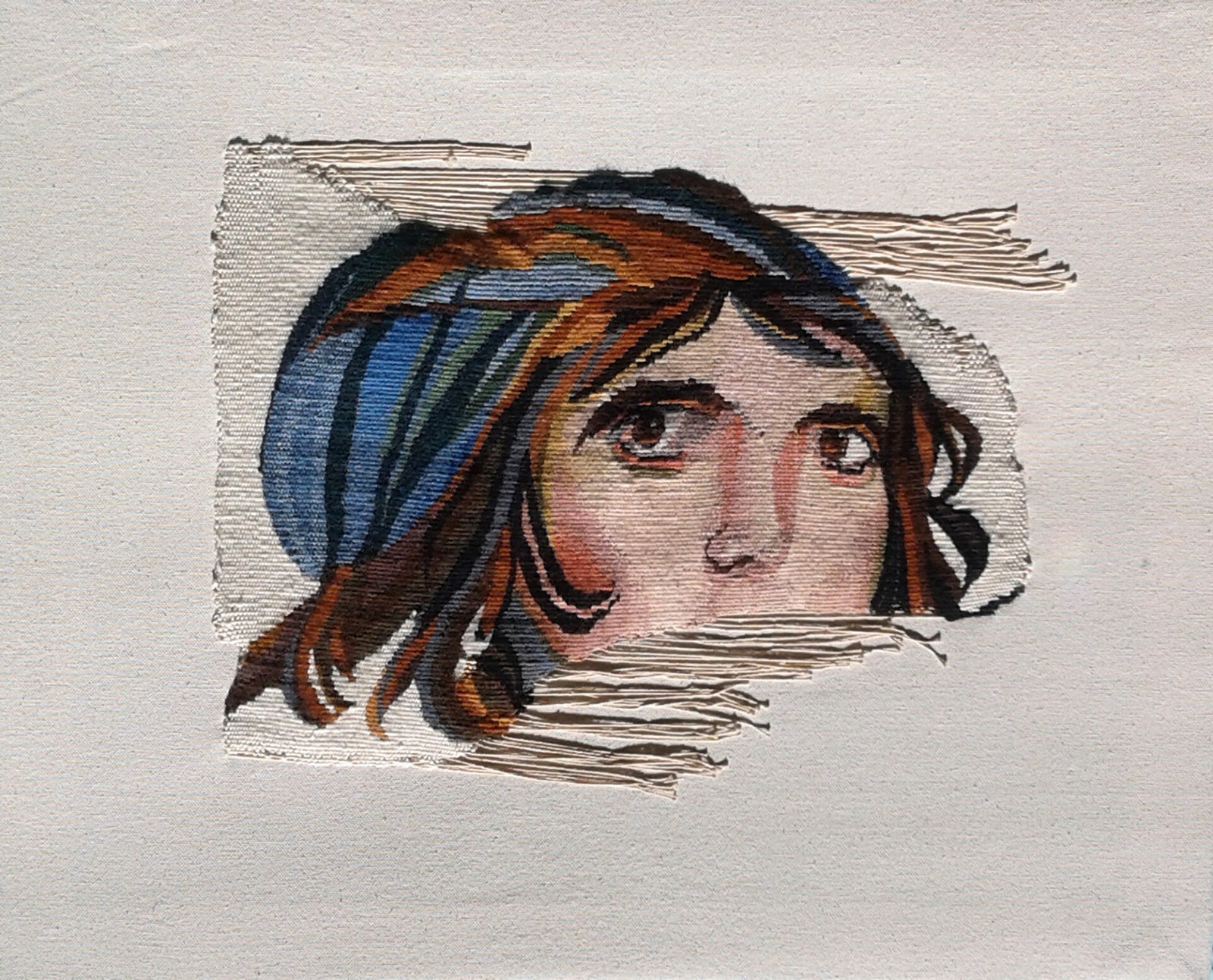 Eye c u reflects research into how images of faces in art can be a catalyst for understanding history. This series of works explores how we understand sameness and difference across time and space. In 1668, Charles Le Brun created a treatise on expression, which considered how emotions effected the muscular structure of the face. Using these ideas, and contrasting works from early images of faces to modern photography,  Eye c u explores how Le Brun’s concepts are reflected in visual culture today. This includes the global fascination with the selfie, with our desire to document our fast-paced life by putting ourselves in the frame so to speak. As one friend put it, we are dealing with the signal to noise ratio – we are trying to show that we exist within the demands the media put on our attention. 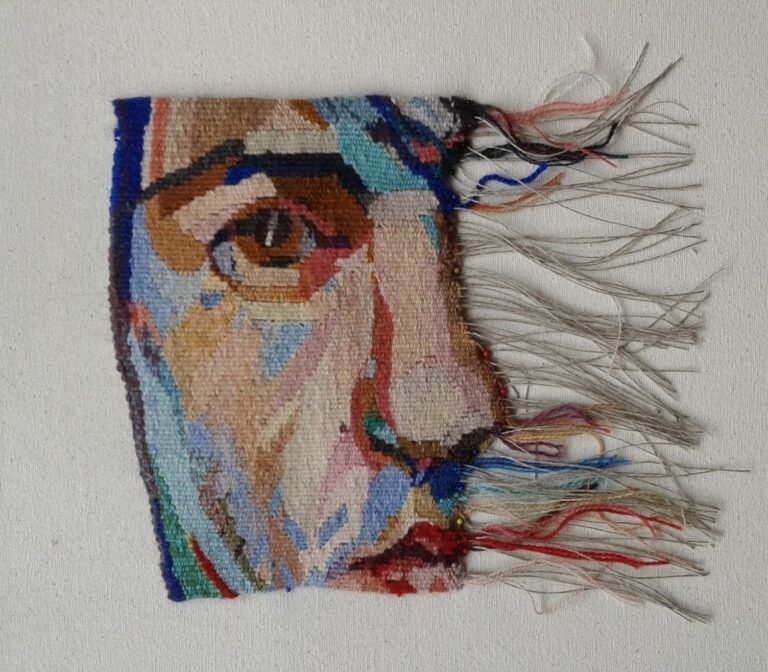 Trish Graham (New Westminster, BC) has had many careers; award-winning printer and graphic designer, development worker, and jewellery designer. She lived in West Africa for twenty years working and researching traditional handicrafts. These careers may have been very different – even geographically – but similarities such as repetition, the deft touch of the human hand and attention to the smallest detail are a common narrative.

Through the study of people and nature, Graham connects to the larger world around her, taking herself out of the insular act of creation, and stepping from observation into action. Time overseas gave her the opportunity to travel, study traditional techniques and learn other cultures. In Ghana, she had two exhibitions of embroidered mixed media pieces paired with an abstract painting.

Graham views education as a lifelong process and was one of the last graduating students of the Textile Arts program at Capilano University, receiving the Janet Collins Award twice. It was here that her creative interests began to fully develop into a full-blown art practise. She has exhibited her work in British Columbia, Mexico, Europe and Africa.