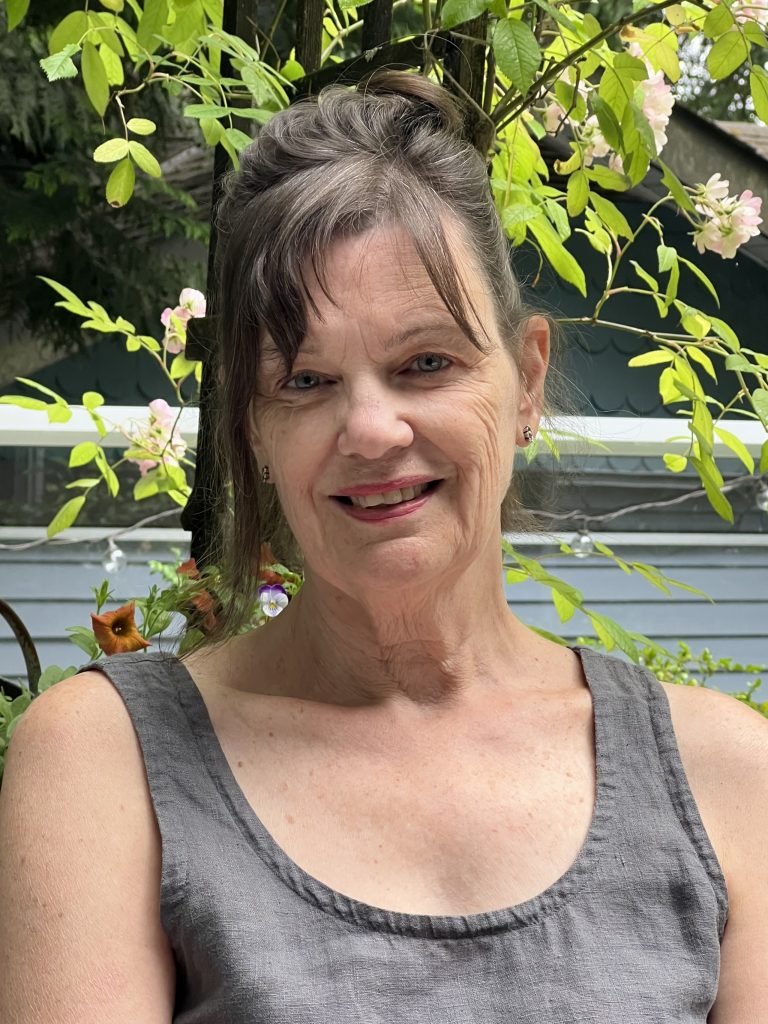 Barbara Duncan’s most recent full-time professional position was Curator, The ACT Art Gallery, Maple Ridge where, during the ten years of her tenure (2010-2020), she sought to instill in the visiting public a greater appreciation for fine craft across a wide range of mediums. During this time, with the support of a part-time assistant and an outstanding crew of volunteers, she also oversaw the operation of a gallery shop where home goods and craft objects of quality standards were made available for sale in support of the gallery and the contributing artists.

Barbara holds a BA in Communications (SFU) and a Master of Arts (The City University, London, England). The latter accreditation, which included a written thesis on the history of the training of artists in the UK, was obtained during a fruitful nine years in London, England. At this time Barbara’s career focus quickly shifted from broadcasting to the visual arts when a brief assignment at the acclaimed Slade School of Fine Arts evolved into a five-year appointment working in an administrative capacity with the student artists and their tutors. After obtaining her Masters degree, Barbara moved on to the Tate Gallery, Millbank (since renamed Tate Britain) where she held the position of Deputy Director’s Assistant for three years.

Barbara has provided invaluable support within the craft craft community, both as a curator and as an avid admirer of the hand-made.

The 2018 Citizen of Craft Awardee generously volunteers her time at the CCBC where she shares her expertise and experience in support of our Social Enterprise shop.

our members
become a member
9
×