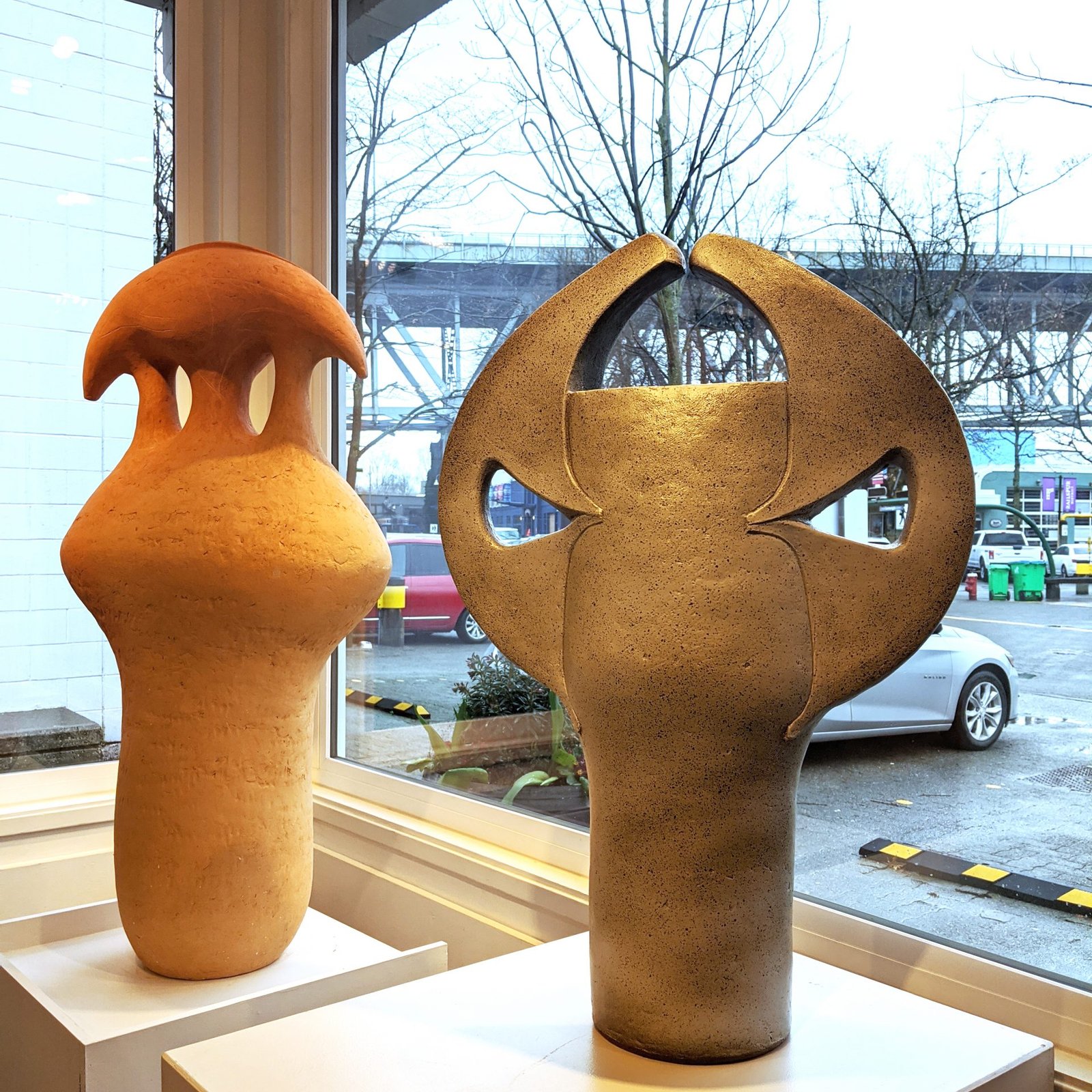 This month, the CCBC Gallery & Shop is proud to feature two hand-built sculptures from the private collection of artist Santo Mignosa.  It is presented by the 2020 Canadian Clay Symposium taking place at the Shadbolt Centre for the Arts in Burnaby, BC. As a long-time member of the West Coast Clay Sculpture Association, Mignosa has been a mentor to many sculptors. He will be honoured for his many contributions to the ceramic world at the 2020 Canadian Clay Symposium. 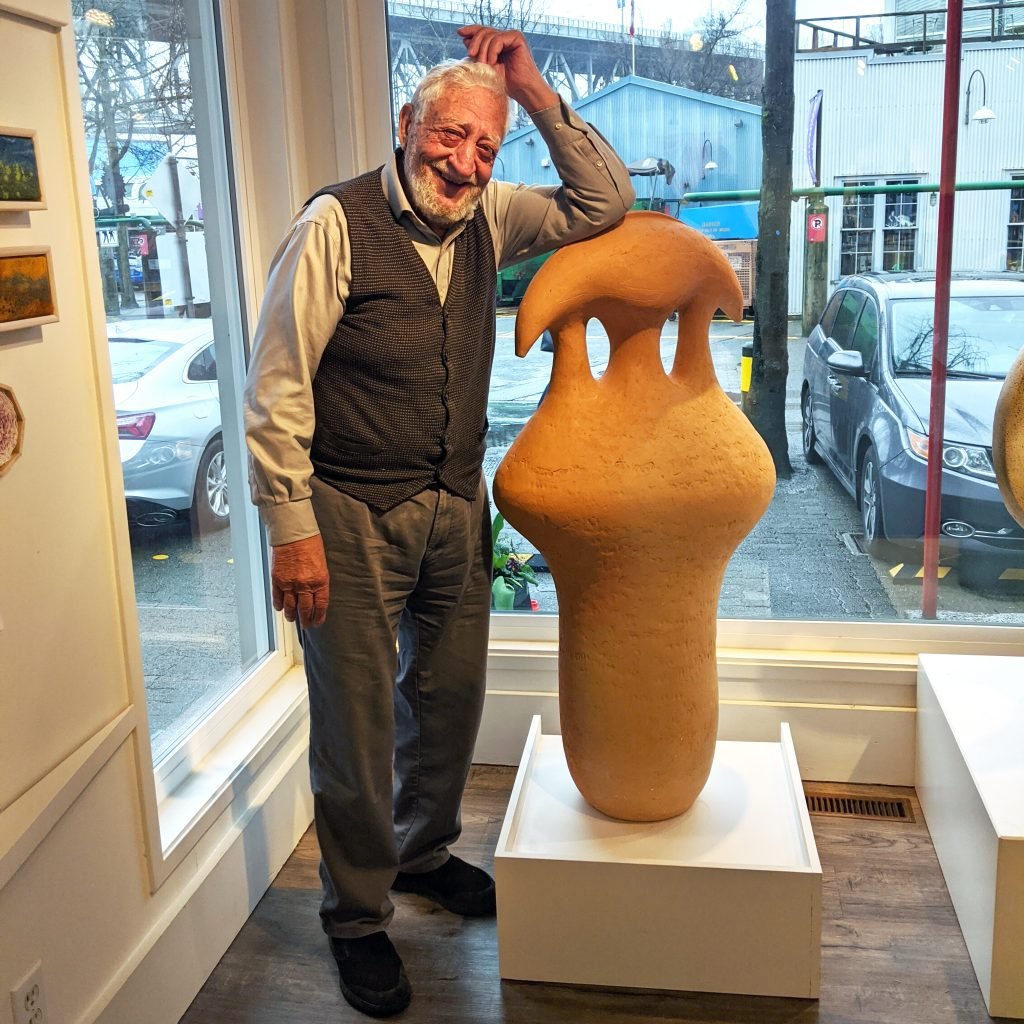 Mignosa began his formal art studies (Ceramics, Painting, Sculpture, Drawing) in 1954 at the Art Institute of Florence, Italy, after receiving a diploma in Painting in 1953. At that time, the Institute encouraged a sculptural approach to claywork so he began to build hollow forms in the manner of the Etruscans.

In 1957, he studied wheel-throwing under the skilful hand and discerning eye of Olea Davis (former President of BC Potters Guild). He has been involved in Ceramics as an artist and teacher ever since.

Born in 1934, in Siracusa, Italy, Mignosa began his clay-working experience at an early age through his family’s tile business. He attended the Art Institute in Florence, completing work in painting  (1953) and post-graduate studies in ceramic art (1954).

In 1957, Mignosa moved to Vancouver. From 1957-1961 he attended ceramic classes and then taught pottery and sculpture at UBC. From 1961 – 1967, Mignosa taught ceramics and sculpture at the Kootenay School of Art in Nelson, BC.  In 1967 he took a year’s leave to study porcelain work and bronze casting in Italy.

From 1969 – 1989, Mignosa taught ceramics, life drawing, and sculpture at the University of Calgary. Additionally, he completed his MFA (1972) at Alfred University, New York and organized the 1973 International Academy of Ceramics exhibition that took place in Calgary.

Mignosa is a long-time member of the West Coast Clay Sculpture Association (since 1993). Over the years, he has been a mentor to many sculptors. Mignosa will be honoured for his many contributions to the ceramic world at the 2020 Canadian Clay Symposium.